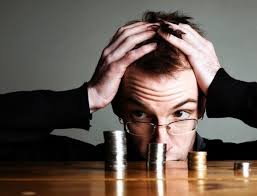 Employers should be aware of an anomaly caused by the earnings thresholds on PRSI Class A contributions.

Class A is the most common PRSI class and covers employees under the age of 66 in industrial, commercial and service-type employment who have reckonable pay of €38 or more per week from all employments as well as Public Servants recruited from 6th April 1995. The earnings bands operate as follows:

The following table illustrates the problem:

So an increase in gross pay from €352 to €355 means an employee is significantly worse off because they now pay 4% Employee PRSI on the full €355 and not just the amount over €352.

Where an employer has a number of employees in these earning brackets, particular attention should be paid to ensure that neither employees nor the employer are disadvantaged by these anomalies. This can be achieved by careful rostering of employee hours.

If you require further information, why not contact us.

This website uses cookies to improve your experience while you navigate through the website. Out of these, the cookies that are categorized as necessary are stored on your browser as they are essential for the working of basic functionalities of the website. We also use third-party cookies that help us analyze and understand how you use this website. These cookies will be stored in your browser only with your consent. You also have the option to opt-out of these cookies. But opting out of some of these cookies may affect your browsing experience.
Necessary Always Enabled
Necessary cookies are absolutely essential for the website to function properly. This category only includes cookies that ensures basic functionalities and security features of the website. These cookies do not store any personal information.
Non-necessary
Any cookies that may not be particularly necessary for the website to function and is used specifically to collect user personal data via analytics, ads, other embedded contents are termed as non-necessary cookies. It is mandatory to procure user consent prior to running these cookies on your website.
SAVE & ACCEPT